Last week, HI-COM had the pleasure to participate at two events and we are very proud to have been part of them.

The first event was the British Business Awards. As we already wrote in this article, we are proud to be the official video partner but also a candidate for the prestigious 2020 British Business Awards organised by the British Chamber of Commerce in Shanghai. As a reminder, the awards are split into ten categories. The Awards are a testimony to the depth, breadth and success of British businesses operating in China. They also recognise the excellent achievements of Chinese businesses operating in the UK. 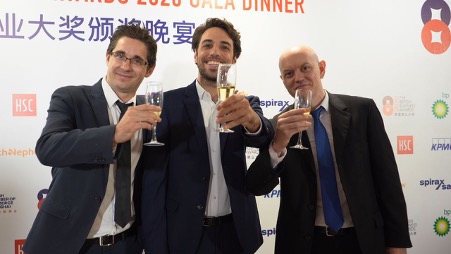 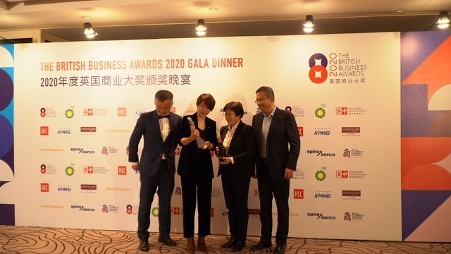 Last week, we prepared all the announcement videos to present all the candidates and the previous gala for this event. After months of processing applications and judging, the winners of the ten categories of the British Business Awards (BBA) 2020 in China were announced at the InterContinental Shanghai Pudong.

HI-COM’s co-founder Robert Harrison was a candidate for the Entrepreneur of the Year Award but in the end was won by Malcolm Staff of Halifax Fan Group.

We were very honored to have been part of this journey and we would like to congratulate all the winners and nominees as well as the British Chamber team for organizing such a great event!

On the very same evening in Guangzhou the “Club Affaires – Fast pitching session” was organized by the chamber of commerce & industry of France in China.

The goal of the event was to pitch themselves and companies in 45 seconds to talk about their projects, needs and partners followed by another fast pitch of 15 seconds explaining with whom they saw themselves collaborate. This was followed by a networking event allowing guests to mingle and get to know each other. What a better way to grow our network and get some advice?

The event was held on Tuesday, November 3rd in Guangdong International building and Jean-Christophe Roinné, our Branch Manager was one of the coordinators! We are very proud to have been part of this networking event!

Finally, for this 3rd edition, 26 people attended, including 12 new members! What a success!