With an estimated value of USD 159.3 billion in 2020, the global gaming industry has huge potential – if you play it right. Having a great idea for a game isn’t enough. It has to be fun and accessible for audiences worldwide – and that’s only possible if users can understand how to play it. This is why having a high-quality translation of your game is crucial.

HI-COM offers expert video game translation and localization services in Chinese and over 40 other languages to enable your game to reach the widest global audience possible. 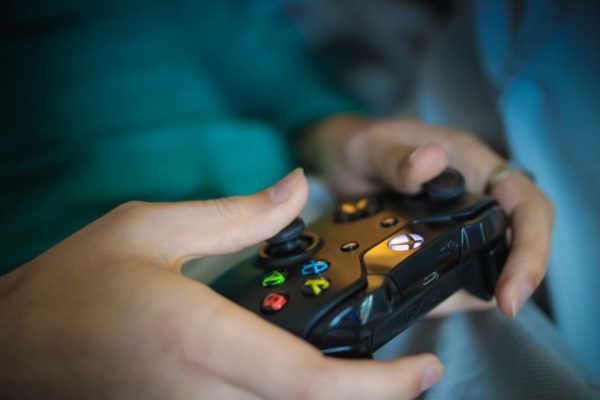 Ready to take your game to the next level? Request a free

We Translate All Types of Gaming Content in over 40 Languages By the end of 2020, the number of gamers in China had already grown to over 660 million. That’s more than not just the gamers, but the entire populations of the United States, France, Germany, Japan, and the United Kingdom – combined.

The Q3 revenue for the country’s gaming industry saw a year-on-year increase of over 15% and reached USD 10.4 billion. Success with even a small percentage of the world’s largest market for both desktop and mobile games can translate into massive revenue. However, as the market is competitive and the Chinese language is difficult to master, expert video game localization in China is key to success.

Video games are not like traffic signs or basic instruction manuals. They’re immersive experiences carefully crafted to transport players to new worlds. But there’s nothing like glaring typos, incomprehensible dialogue, or a cultural faux pas to jolt a player right back into the real world, as they cringe at the awkwardness or struggle to figure out the next step. High-quality localization prevents these mishaps and helps you to both grow and keep your audience.

Need Your Video Game Translated into Another Language?

We’ve got you covered! HI-COM provides expert video game translations in over 40 languages, including Chinese, Korean, Japanese, Russian, Spanish, French, German and so on.

We Translate All Types of Games in over 40 Languages

Mail us to get a free quote now!

Why Choose HI-COM as Your Video Game Localization Company?

It’s all in the details. You worked hard to build an entire world in your video game, one small detail at a time. And when it comes to helping you share it with gamers worldwide, no detail is too small for HI-COM.

First, we select the translator(s) best suited to your needs. To ensure confidentiality, it is standard practice for HI-COM and its clients to sign an NDA before beginning each project.

We will make every effort to keep you in direct communication with the translator(s) to discuss all of the details in the game and ensure you’re on the same page about the desired look and feel of the game.

Once the translation is underway, we can also have native speakers of the target language test the game to make sure it looks and sounds as intended.

What Is the Difference between Game Translation and Game Localization?

Localization is so much more than just translation. Some jokes, puns, or cultural references may be hilarious in one country, but might not make any sense to non-locals who are unfamiliar with them.

On the more serious end of the spectrum, many countries have uniquecultural sensitivitiesand sometimes evenlegal restrictionson what may be depicted in video games, and what might be an afterthought in one country could be considered offensive and cause the game to be banned in another.

To ensure successful localization, HI-COM providesin-depth researchinto these topics and consulting on the most appropriate way to adjust the content of game for each target market.

Want to learn more about Video Game Localization? Check out our articles:

All you need to know about game localization in 2021

What Our Clients Say

Our cooperation with Stephane Choury and his team at HI-COM Asia aimed to launch our new company website and online client platform in China.

We were delighted by the amount of research done to understand our very specific industry and its codes.

A competitively priced and professional service

The HI-COM Team has been a great ongoing and flexible resource for us as we have adapted our
website and other biz related software to the China market. They are responsive,
thorough and professional, and we look forward to using them on future projects.

I would recommend HI-COM thoroughly!

I needed a quick solution for my NAATI document translations for Australian authorities, and HI-COM has delivered the translation within a few hours!

We Work with over 40 Languages, Including:

Get your translation done now