Norway has one of the strongest economies in the world – even with a mere population of only 5 million.  It is globally known for having the highest living standards, and is fueled by oil and gas exports which not only makes its economy extremely efficient, but also makes it one of the richest countries on the planet.

Norway has a high-level of education, high productivity, and a longstanding culture of innovation. It has very low unemployment rates in comparison to other countries, which also makes it extremely productive and as result, significantly decreases the gap between poor and rich.

These are just a few of the reasons why English to Norwegian translations can be beneficial to your company, as speaking the language to your Norwegian business partners can greatly improve your chances for effective communication and successful relationships.  More specifically, translating documents such as websites, catalogs, product specifications, and localizing your company’s social media channels, etc. can all prove to be advantageous in the business world.

On the other hand, over 1.6 billion people in the world currently speak English as both a native or an additional language, accounting for approximately 20% of the Earth’s population.  Therefore, with regards to business, English has rapidly become the dominant language and it has almost become a necessity for people to be able to speak English if they are to enter a global workforce successfully – highlighting the significance of Norwegian to English translations.

In order to translate from Norwegian to English or English to Norwegian effectively, the translator must be well trained and familiar with the nuances and meanings of both languages. HI-COM works hard to adapt all texts according to the target language and culture, in order to successfully translate the intended meaning and to ensure that there is no room for miscommunication. To ensure the highest quality of a translation, HI-COM only uses experienced and certified Norwegian/English translators.

The Norwegian language is closely related to Swedish and Danish, and descends from Old Norse – a language spoken throughout Scandinavia from the 9th to the 13th century. Due to its language history, Norwegian speakers are also able to recognise words in Icelandic and Faroese, as they too, are languages that derive from Old Norse.

In order to accurately translate texts from English to Norwegian, translators need to be aware of the numerous cultural and dialect differences, as the dialect changes depending on where you are in Norway.

For example, there’s not actually a “standardized” Norwegian language as such, because dialects are divided geographically into four main groups: Vestlandsk (Western Norwegian), Østlandsk or Østnorsk (Eastern Norwegian), Trøndersk (Central Norwegian) and Nordnorsk (Northern Norwegian).  Each of those regions then have their own sub-groups dependent on the area. Therefore, it’s safe to assume that most villages or towns in Norway have their own unique dialect.

Which is why, unlike any other agency, HI-COM will consider all relevant terminology and language nuances to ensure that your translation is effectively adapted to both your target audience and the needs of your business.

Our wide range of Norwegian/English translators allows us to select the most suitable translator for your project.

Today, the demand for Norwegian translations is rapidly increasing, and there are more and more Norwegian-speaking businesses being established.

Get in touch today so that your content targets almost 5 million people! 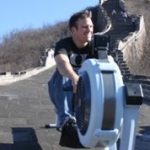 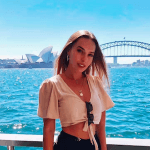 Norwegian to English Translation. Saving costs while improving the quality

Our pool of Norwegian/English translators allows us to select the most suitable person to deal with your project. We always take the dialect into consideration, as well as the professional domain of the text.

Nowadays, demand for Norwegian translations is growing rapidly, and there are more and more businesses being established where Norwegian language pays a major role. Make your content understood by more than 5 318 710 people!