Fantasy is one of the most difficult genres to translate. Made-up locations, creatures, and objects may present quite a challenge for a translator, especially if the book is a part of a series. Today we will discuss the methods of translating fantasy books, the main difficulties, and some recommended translation techniques.

Fantasy is one of the most difficult genres to translate. Made-up locations, creatures, and objects may present quite a challenge for a translator, especially if the book is a part of a series. Today we will discuss the methods of translating fantasy books, the main difficulties, and some recommended translation techniques.

What you need to know about translation of Fantasy books

Books in the fantasy genre often contain fictitious words whose sound and style can create certain associations. In the original language their essence can be understood on an intuitive level. During translation, these features may get lost, and as a result, the main meaning and theme of the work that the author wanted to convey may disappear. In the fantasy genre, translating the text correctly to ensure the accurate transmission of the lexical and stylistic meaning is the main task of modern literary translators.

Fantasy is a genre of literary fiction, based on myths, legends, and fairy tales. This style has gained particular popularity among modern writers due to extensive opportunities opening up for writing work. The author is not constrained by certain frameworks, allowing them to come up with original plots and use an interesting style that will engage the reader.

A distinctive feature of these books is the presence of unique words and definitions invented by the writer. This practice of using axioms allows writers to specifically emphasize the plot, express the emotional state of the characters, and describe events more clearly.

Therefore, the translation process involves a detailed study of the work, the implementation of a detailed analysis of lexical features, and the search for similar expressions that can reflect the essence of the words.

In general, translation of books can be done using two methods:

– literal translation, in which it is important to keep the structure of the text unchanged;

– indirect translation, where special attention is paid to preserving the semantic load.

Each method has its own characteristics when transmitting the main information. The main lexico-stylistic problem of these processes relates to incorrect translation and replacement of words. In such cases, the reader of the book may incorrectly reveal the essence of concepts, which leads to the loss of the idea of ​​the book and the emergence of false associations. Quite often, a similar phenomenon was encountered when translating the novels of J. R. R. Tolkien. For example, in the works of the author, elves often appear. So, in the “Hobbit” three elf races are mentioned: Fair Elves (Light-elves), Deep Elves, and Sea Elves, which, according to the author, are characterized by light, wisdom or love of the sea. In the Chinese version it was translated as ‘Golder’ Elves (金色精灵)  , Dark Valley Elves (幽谷精灵 ) and Sea Elves (海精灵), which does not fully match the original meaning. One of the important factors of the fantasy genre is borrowing words without explaining their meaning. A false interpretation of the concepts may cause misconceptions about the plot of the book, which may result in the reader not fully understanding the meaning and cause-effect relationships of the described events. For example, Quidditch balls in the works of J.K. Rowling have quite telling names. In the Chinese version, The Golden Snitch was translated as “Golden Thief” “金色飞贼”, where 贼 means a quick and skillful thief, who can climb roofs and jump above walls. This name fully conveys the behavior of the ball during the game, so that the reader can immediately understand its essence. However, in some translations the ball is called the “Golden Snitch”, which does not allow the reader to instantly understand its feature. 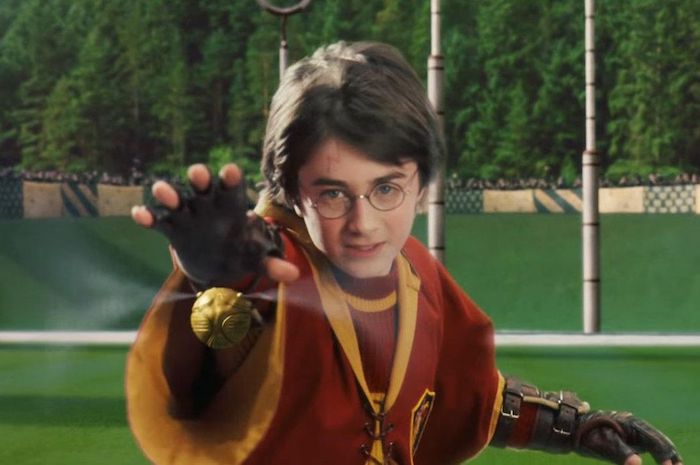 Many fantasy writers add a specific behaviour to special fictional characters, which is often described by their names. Violation of the structure of the phraseological unit of the word in translation leads to the mixing of ideas in the work. A famous example is the work of O. Wilde, “The Happy Prince”. Due to the fact that in English all animals and birds belong to the male gender, Swallow has characteristic male features, while Reed has female features. But in translations to gender-inclusive languages, this may change. When translating, the idea may lose its meaning, as after translation, Swallow and Reed could become an equivalent of the opposite gender in the translated language, which happens in the Russian version of the book. As a result, the tempers of the heroes and their behaviours are misleading for the reader. Illustration from a book The Happy Prince by O. Widle

Change of the syntactic composition could also lead to a change in the meaning of the text. English is a very specific language, and the rearrangement of adjectives, nouns, and verbs into different positions in a sentence may convey different meanings according to some readers.

Why is it so difficult to translate fantasy books

Translation of fantasy books is considered a painstaking process. The translator needs not only to rewrite the text in another language, but also to convey the main meaning, features, and ideas, which is possible only after a detailed study of the work. Compliance with the basic rules of the language is considered an important element of the translation, but the incorrect transfer of the plot could jeopardize the entire value of the book.

One of the main obstacles when translating any books – is the inability to provide consistency. When Harry Potter was translated by one of the publishing houses in Russia, it was split into 2 parts and given to 2 different translators. The book went to print in a rush without proofreading, and as a result, the same characters, spells and locations had 2 different versions in the book, which created tension and confusion within the audience. The same problem may arise when translating books that belong to a large series. The translator must read previous versions or have a glossary from previous translations provided to them.

Some Examples of translation of Fantasy books produced by HI-COM When sourcing their translators, agencies such as HI-COM pay great attention to their background, experience and personal interests.

When an agency takes on a project such as translation of fantasy books, it must provide the adequate resources to their translators, such as validated glossaries, previous translations of books, and style guides.

Translation agencies must control quality of the translation delivered, having a professional bilingual proofreader and editor checking the work after the translator. This will prevent inconsistencies, unnecessary add-ons, and incorrect translations.

Lastly, agencies must work with professional teams of translators and proofreaders in order to deliver high quality translations to publishing houses and independent clients.

Have more questions? Send us an email!

book translation Translation
Kate CHERNAVINATranslation of Fantasy books for the Chinese and other markets08.14.2019

Certified translation in China in 2020: 9 cases when you need it

Top 5 Gaming Languages for You