Britain and China share a long history. In a world of Brexit and with China’s e-commerce market growing, it will be clear to most that Britain will be looking closely at China to secure one of their trade deals outside of the EU. Britain has some of the most luxurious brands which are hugely popular among Chinese people. With recent predictions stating that China’s middle class is set swell up to 630 million, a large number of British brands will be looking to capture a larger share of the Chinese market. Chinese consumers tend to hold British luxury products highly as they are seen as ‘sophisticated’ and ‘classy’. Today, we will talk about why certain British brands have dominated the Chinese market and remained popular, while others have been less successful.

The British brands doing well in China and why 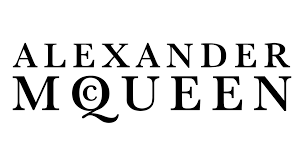 Burberry, Alexander McQueen, Dyson, British Airways, Ted Baker and Rolls Royce are some of the popular British brands in China that have been able to succeed in bringing their business across.
Burberry is a household name for those who shop in high-end fashion. In China, ‘Burberry’ is perceived as a luxury, upmarket brand, and is one that many Chinese people feel represents all the good things about London and British heritage.

What has Burberry done right in China?

Burberry takes a whooping 40 percent of its revenue from China. So, what has Burberry done right? Burberry has a Chinese flagship store in Shanghai within the Kerry Centre. The flagship is amongst 45+ stores in China. The brand has been able to reach a lot of its customers through its retail stores or online stores. Some may even go far in saying that, the key to Burberry’s success has been its marketing strategy. Burberry has capitalized on China’s e-commerce market by making waves on Chinese Social media and the e-commerce platforms. Burberry launched a store on Alibaba’s Tmall platform. The brand has been able to connect with the Chinese audience through WeChat’s mini programs. They have been able to engage with the Chinese audience by launching exclusive products through WeChat. This can be seen when Burberry launches a new product on the 17th of each month as part of its B series.

The Brand also understands how influential KOL stars can be in China. Burberry had previously targeted Chinese consumers at London Fashion Week by pulling singer Kun Chen, actress Dongyu Zhou and rapper Lucas Huang as Chinese ambassadors. The Fashion house gained an extra 300,000 followers on Weibo because of their influence.
Burberry is an established brand and if you combine that with a local Chinese digital strategy, it’s a successful cross border story.

What has Dyson done right in China?

Dyson is another innovative British brand that is sweetly sailing the Chinese e-commerce market. Dyson is one of the popular British brands in China.

The brand has made a mark by having its products sold in 200 stores across 45 cities in China. Dyson has been able to recreate the word innovative time and time again through releases of new products. From hoovers to air purifiers to hair dryers, Dyson is still regarded as a high-end brand.

According to reports, China is Dyson’s fastest growing market. The story of James Dyson as a creator, businessman and designer appeals to Chinese consumers. Dyson products hallmark quality and great innovative design.

The brand again catered for the Asian market by designing smaller machines. Another reason why Dyson has catapulted in China is because Dyson’s products come across as unique. A great example of this would be when Dyson launched the cordless hand held vacuum.

Dyson has been able to adapt to the Chinese market and create a demand for them to stay relevant. They have launched on e-commerce platforms such as JD and Alibaba’s Tmall. Dyson understands the Chinese market and has capitalized on big sales festivals such as the infamous 11.11. During the 11.11 festival in 2018, Dyson’s newly ‘Airwrap Hair Curler’ apparently sold out within three minutes on Alibaba’s Tmall and just 15 seconds on JD.com.

Dyson was one of the 84 brands to reach 100 million yuan in sales within an hour. Dyson has not only be making splashes online, People’s Daily reported that Dyson held 61% of China’s vacuum cleaner market in 2018.

The British brands that haven’t fared well and why

Marks & Spencer, New Look, Top Shop and ASOS are some of the brands that have not been successful in breaking through the Chinese tides.

Mark & Spencer’s demise in China can be broken into a number of reasons. The brand opened its first store in Shanghai in 2009 and 9 years later, it left China all together. So what went wrong with Marks & Spencer? The brand may have come across too quintessentially ‘British’ and was not suited to the Chinese taste.

Another reason could be Marks & Spencer didn’t keep up their presence on China’s digitally advanced platforms. They weren’t able to communicate and engage with their potential customers online.

It is vitally important to understand the market and gather as much information as possible about your potential customers. Marks & Spencer didn’t truly understand exactly where to position themselves and the steps they could have taken to salvage their brand.

This problem is also shared with ASOS, New look and Top Shop. Mid-sized high street fashion brands have struggled in China. This could be down to the fierce competition from the online market, where China has several e-commerce platforms catering for low to high end fashion consumers.

ASOS, Top Shop and New Look have been swept under the sea of online shops and failed to attract audiences in China. It could also be blamed by the fact the retail industry has been at a decline all together and that has affected physical stores the most. Marks & Spencer and New Look have both faced challenges in the UK and have had to close some of their physical stores down.

They’ve both narrowly avoided going into administration. Again, this could be down to the brand’s failure to adapt to the online market.

What can British brands do to transition into China?

A brand should have a clear, solid plan when trying to enter the Chinese market. We emphasis a great deal should be spent on market research. It is important to gather a comprehensive study of the local shopping habits, tastes and competition. Once you feel you have gathered enough intel about the market.

The next step would be to create a digital footprint on Chinese social media and Chinese e-commerce platforms. The key here is to be present and engage with your potential online Chinese consumers.

From there, we recommend that you localize your brand’s website, name and marketing material. Chinese social media is a huge deciding factor to how a business will fare in China.

The brand should then create social media campaigns that attract and educate the local audience. The final step would be to set up your own social media and e-commerce channels for the Chinese market.

Another added bonus step would be to use a KOL star to create further awareness. Chinese influencers hold a huge following and can bring brand awareness and generate leads as seen with Burberry’s London Fashion Week campaign.

If you have any more questions about Chinese digital marketing and how to enter the Chinese market with minimum costs, feel free to get in touch as we’d be delighted to hear from you. We hope we can help you achieve what these popular British brands in China have done.

HI-COM is a multilingual localization and communication agency dedicated to providing professional localization solutions, content and social media management to businesses around the world.

HI-COM helps companies enter the Chinese digital ecosystem with a simple and hassle-free approach. Let us help you achieve what these popular British Brands have in China. Contact us for your free consultation today!

Happy New Year From HI-COM What is the second most spoken language? HI-COM