Due to the current global epidemic situation, this Expo is one of the few large-scale international economic and trade exchanges held offline this year, with more than 2,000 enterprises from all over the world participating.

Tencent Tongchuan, as an official partner, has ben providing AI simultaneous translation and transcription services for many press conferences of the Expo for the last three years, helping the global economy to communicate without barriers.

Affected by the global epidemic this year, most large-scale international exhibitions were cancelled or postponed, and world economic exchanges were blocked. In the current global economic environment, the third China International Import Expo sponsored by the Ministry of Commerce of the People’s Republic of China and the Shanghai Municipal People’s Government arrived as scheduled, which attracted the attention of all countries. At the opening ceremony held on the evening of the 4th, heads of state, government and heads of international organisations expressed their expectation for this Expo in their speeches. 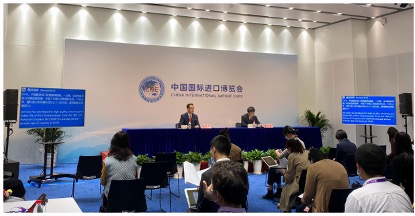 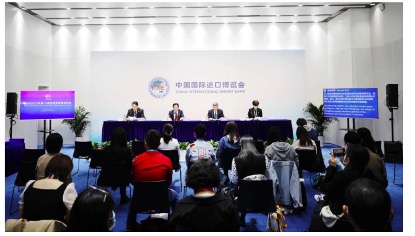 Since 2020, due to the impact of the epidemic, international conferences have been turned online, and the demand for recording and translating conference contents has also increased rapidly. In this case, Tencent Simultaneous Interpreting actively responded by upgrading its own products and providing AI simultaneous translation and transcription services for major international conferences.

In the online summit of the World Economic Forum series in March this year, Tencent Simultaneous Interpreting provided real-time transcription and translation services in Chinese and English, which was well received by experts from various countries; At the 127 th Yunshang Canton Fair, Tencent simultaneous interpreting supported Tencent’s customer service and negotiated translation services for the business consultation of the conference; This year, in the one-year 75th anniversary of the United Nations, Tencent Simultaneous Interpreting was selected as the official partner of AI translation service, providing online guarantee for thousands of online dialogues.

Under the background of globalisation, the demand for global communication of economy, culture and technology is increasing,In the future, Tencent Simultaneous Interpreting will continue to deepen the field of AI translation, continuously improve its technical capabilities, and provide professional services for international conferences with the attitude of helpers,Actively help the world’s cross-cultural exchanges.

What are the differences between simultaneous and consecutive interpreting? HI-COM