Attracting, selecting and recruiting the best foreign students remains a challenge for business and engineering schools and also universities.

Nevertheless, offering them a 6-month or 1-year university exchange in partnership with their home school is no longer enough to determine the level of attractiveness and global influence of a school. Indeed, instead of the number of traditional exchange students, it is now the number of foreign students following programs over their entire duration (4 to 5 years) that constitutes how attractive an institution is.

To better understand how this attractiveness and is measured, let’s take the example of a Chinese student who chooses to go on an exchange for a semester or a year on one of the partner campuses of his own Chinese university. The approach is different for the student who chooses to complete his or her entire study  in a school in France.

Thus, recruiting foreign students is, above all, a matter of attraction and ‘seduction’. You must therefore make your school attractive, with international programs in English and opportunities to study on several international campuses. 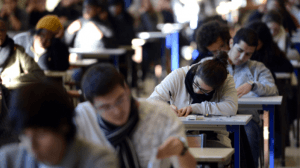 Here are the six main areas of development:

It’s worth noting that foreign students in France generate more than 4.6 million Euros per year.

Deployment of a strong marketing strategy to promote French schools.

– Improvement and promotion of support provided by institutions to foreign students.

New digital processes at grandes écoles and universities, and online application procedures must be promoted, as well as greater autonomy in recruitment.

– Simplification of the student’s stay – in particular the reduction of administrative formalities.

Presence of students abroad contributes just as much to enhancing the image of education and the dynamism of the country.

Thus, the processes of simplifying the policy for obtaining visas are all part of a new strategy undertaken by France.

As part of this dynamic, the government would like to launch the “welcome to France” label.

The diversity of nationalities of international students remains practically identical to that of the previous year. On the other hand, “the ranking order has changed slightly,” says Campus France. After Morocco (1st), it is Algeria that has moved up to second place, ahead of China (3rd), while Italy has moved up one place (4th) at the expense of Tunisia (5th).

The Chinese are the foreign students that French universities attract the most!

Finally, everyone sees this voluntary exile as an opportunity to discover another culture, develop their skills, and become more mature.

HOW TO ATTRACT CHINESE STUDENTS 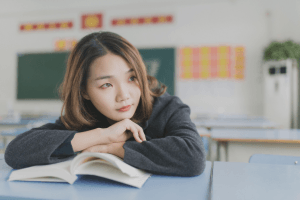 It is important to ask yourself several questions to understand your needs in terms of student recruitment.

– How can you meet the needs of Chinese students?

– What distinguishes you as an institution hosting international students?

Chinese student mobility remains the highest in the world and has increased by 40% in the last 5 years.

According to 2017 figures from the Chinese Ministry of Education, out of 4.6 million international students worldwide, more than 600,000 are Chinese. This is an increase of 11.74% compared to 2016.

Thus, knowing the expectations and characteristics of these students is an essential aspect to take into account.

Like the Chinese population, these students are hyper-connected and very well informed. They decide where they want to study after finding out about world rankings and reputation of the schools.

In China, education is the number one expense for families. The government provides about 2,500 scholarships per year for France (according to the Chinese Ministry of Education) and more than 90% of studies are paid for by families.

For the majority of them, France is their first exchange country abroad. Arriving in a new place for the first time can be a real culture shock. The first few months represent a phase of adaptation. They are getting used to the new environment, learning or practicing the French language. They also are familiarizing with new social behaviors, and socializing inside and outside the campus. For some, this adaptation can be complicated and can lead to feelings of loneliness or even depression.

How to attract this Chinese audience in an increasingly competitive environment ?

In the context of open competition, the choice of France as a destination and the educational offer will be challenged. You must therefore make every effort to maintain and strengthen your attractiveness. Thus, schools will have to consolidate their offer: personalised welcome, quality of courses, attractiveness of the destination.

“Branding” is not a term generally associated with education. However, in China, branding is the key to any reputation. In fact, the Chinese are above all looking for a strong and internationally recognized image.

There are also many forums concerning education that should be taken into account. They make it possible to interact and discuss the various schools and courses available abroad. It is important to create positive feedback from Chinese users as this is 5 times more effective for the current generation of students. 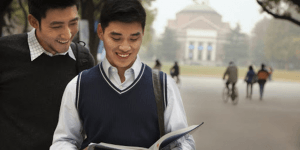 Baidu, the most widely used search engine in China, is considered as the Chinese Google. The Chinese use it for more than 70% of their searches. Therefore, to be as visible as possible, it is important to have good natural referencing – (Natural referencing or SEO refers to all the techniques that consist in favorably positioning a site or a set of pages of a site on the first page(s) of natural results of search engines (Google what) corresponding to the queries / keywords entered by Internet users). – in order to appear in the first search results of Baidu. This will allow you to reach and target these potential students.

In addition, your website must be optimized for local search engines, meaning that it should be hosted on a Chinese server to ensure it loads quickly in China, and have .cn domain name. It is advisable to use a local website for better loading speed rather than creating a translated multilingual version of your original website. The site should be optimized for Mandarin Chinese characters and should include QR codes leading to your official WeChat account page. 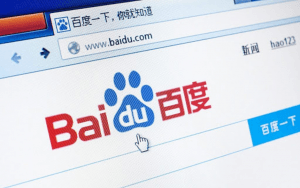 As digital is an important part of Chinese people’s daily life, a targeted strategy on these channels will be necessary to reach your target and objectives.

HI-COM is here to help you in this process thanks to our digital marketing experts.

Being present on the main Chinese social media channels is an important step in the prospection of potential students. In a country where more than a billion people use new technologies as a source of information and a means of communication, online visibility is a crucial point for all institutions.

WeChat is a social network with more than one billion active users every month. It is a platform in its own right, where most Chinese people search for information and news. The application is generally called WeChat Moments because a multitude of information is available. Everyone can post and share their feelings and experiences. 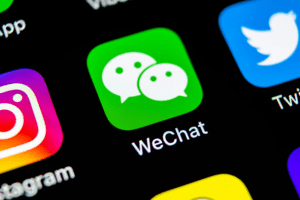 To gain visibility, you will need to create an official account, an identity, through which will be able to reach your target market and interact with prospective students and their parents on a daily basis in order to maximize your results.

– Build a presence and a positive image on Chinese search engines

– Create informative and quality content for your publications on WeChat and Weibo (similar to WeChat, often referred to as the Chinese Twitter).

– Open an official account to act as a microsite for your services.

HI-COM can assist you in all the steps for creating and maintaining your page on Chinese networks. From account creation, content creation and planning, our experts can help you on WeChat/Weibo and KOL/Influencers.

How is France an attractive host country for these students?

According to a study published this Wednesday, 20% of Chinese parents who want to send their child abroad consider France as a destination. This is also the case for 15% of Americans.

While many argue that speaking Chinese, English and French is an undeniable asset for their professional future, it is first and foremost the culture that fascinates the students and that has encouraged them to apply for the bilingual class. Indeed, they find the language “so elegant” and “so precise” and generally see France as “so romantic”.

Their choice was also motivated by the reputation of French engineering schools and the fact that France is, in their opinion, a country with a strong industry.

Finally, they all see this voluntary exile as an opportunity to discover another culture, to develop their skills and to become more mature.

The study indicates that French parents report spending an average of 8,800 Euros on a child’s university education. This is almost three times less than in the United States (29,000 Euros) and well below the world average (17,000 Euros). Finally, studies in France are less expensive than in the Anglo-Saxon world (between 4,000 and 8,000 Euros per year for ESIGELEC and about 600 Euros for INSA, which is a public school).

The low cost of higher education in France could also explain another phenomenon: while more than a third of parents in the world go into debt to finance their children’s studies, only 10% do so in France. The study points out that France is “the country where borrowing is least frequent when it comes to financing one’s studies”.

To illustrate the importance of all principles, we have summarized an interesting case study on Accedmia del Lusso and its success in China.

Accademia Del Lusso was invisible to Chinese students when it first started in China. Therefore, the school decided to create a digital campaign to develop its reputation and visibility on Baidu.

The renowned fashion and design school in Milan wanted to attract students to its Italian city and attract more Chinese students.

As mentioned earlier in the article, Chinese students tend to search for information on their own search engines and social networks. However, due to the different digital environment in China, they had little presence and visibility in the Chinese market. After winning the Lifetime Achievement and Leading Fashion School awards in 2007, their reputation continued to grow worldwide.

HI-COM ASIA is the ideal partner!

Expanding your business abroad? Discover the importance of a specialized translation! HI-COM

What is the second most spoken language? HI-COM