They sell out stocks worth of millions of dollars in minutes, they make newest products trendy and famous, they are the most watched Chinese influencers and internet stars in China, they are the king and the queen of Chinese e-commerce!

KOLs (Key Opinion Leader) are shaping up the world and how we view marketing. At the moment, China has some huge KOLs that are changing the tides of their e-commerce market.

China has gone onto become a giant in the online e-commerce platform game compared to the rest of the world. This has allowed China to become one of the most KOL friendly countries in the world.

Therefore, Chinese influencers have been encouraged to create their own media channels in China. According to reports, Chinese spending through e-commerce platforms is looking to reach 1.93 trillion in 2020!

So, today we will talk about Influencer Marketing in China and the top 5 KOLs in China and how influential they have been on the Chinese e-commerce market.

Austin Li otherwise known as ‘The Lipstick King’ has some impressive accolades under his belt.

So, he holds the record for the “Most Lipstick Applied in 30 Seconds” and Forbes China 2019 recognized him as one of the most influential in their list of “30 Under 30”.

Austin has a legendary online following of 50 million. Engagement of his posts on Weibo reach from 5K to 1.5 million reactions!

In 2017, he gained thousands of fans through livestreaming on the Taobao platform and was recognized as the ‘Top Livestreaming Anchor’. Jiangsu University impressed by Austin’s influence employed him to be a lecturer of the ‘Taobao Writing and Media courses’.

However, he continues to dominate the lipstick world. He managed to try on 380 lipsticks within two hours during a Taobao live stream.

The audience watching bought into Austin and drove up lipstick sales. He made CNY 3.53 million within 5.5 hours. Austin broke another record, he sold 15,000 lipsticks within 5 minutes.

No one has been able to break this record. He ranks in the top three Taobao live streaming anchors and is the highest paid male beauty icon on Taobao. Austin stands out amongst the sea of beauty bloggers.

In September 2017, Austin was invited to be a torchbearer for the Asian Games in Jakarta. His lipstick presence is renowned that he managed to defeat Jack Ma (Alibaba founder) in a lipstick sales competition during the infamous Double 11 festival in 2018.

During the 6.18 shopping festival this year (2019), he broke his own record once again, he sold 150,000 lip glosses in one hour livestream. He also managed to sell 5,000 Shiseido Ultimunes within 3 minutes and 40,000 Sori Yanagi cast iron pans within 1 minute.

To be able to cooperate with Austin via livestream sales event brands shall have a store on one of the Alibaba’s platforms: Tmall or Taobao.

But his reach does not stop in lipsticks. In 2019 Austin was featured in major campaigns of KFC, Uniqlo, Clear, Dr.Jart+, Paris fashion week sponsored by L’Oreal, Godiva and many others.

He was awarded various awards including “Man at his best” award, Esquire awards and many more.

Austin is not the only Chinese influencer one who commands the Chinese Internet world when it comes to livestream sales! In fact, there another person who’s influence in Chinese e-commerce world can be compared to one of Fang Bingbing. She is the queen of best deals and pop-up livestream sales for all sorts of products. Her name is Viya! 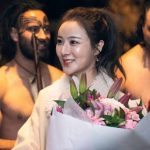 Viya is another fierce Chinese influencer / KOL star in China. She is a global ambassador for a number of brands and commands the No.1 Anchor spot on Taobao.

In the space of only 4 months of her becoming a Taobao anchor she reached CNY 100 million in sales. Shortly two months after, Viya was been able to drive her sales up to CNY 267 million because of the Double 11 shopping festival in 2018. She has a huge following who religiously buy into her and the products she promotes.

Today while doing her livestreams in Taobao, Viya, on average, creates a total transaction value of 66 million CNY / 10 million USD in one hour!

She comes from humble beginnings, from working as a BTL storekeeper to struggling to keep her online Taobao shop afloat. Viya now commands a team over 100 people working on her promotions.

The products she chooses to promote have been carefully selected by her. When selling any product, this Chinese influencer thinks of the following things:

Viya’s success has led her to be invited as a torchbearer for the 2018 Asian Games in Jakarta.

If we call Austin Li the best sales promotor on Douyin, then Viya is definitely is the top anchor for live streaming.

She is also one of the ‘The Belt and Road Thailand Product Ambassador’.

Her income competes with the movie stars. Her sales records are impressive; she has made sales of CNY 150 million during a 5-hour livestream.

Viya has sold CNY 27 million off a single product. Her total sales made in 2018 were CNY 2.7 billion.

But to cooperate with Viya, brands shall be ready to go through an application and selection process and ready to provide up to 30% commission on sales she generates plus the production fees. Interested to get in touch with Viya? Email your request right now!

Wonder how much Viya charges? Here are some numbers for your reference:

In 2019 Viya started to do her remote live-streams, where she would travel to brands and factories of specific area, choose and bargain the price of interesting products dedicated for her fans, and then promote them “on spot”.

However, in August 2019 she Viya went to a global livestreaming trip, she livestreamed her way to $27m sales in Thailand three months ago, and in Korea, 12 containers of products sold within five hours generated more than $30m in sales. The third destination was New Zealand, where she generated close to $30 million in sales!

Want to learn more about Viya’s trips or invite her team to cooperate with your location? Shoot us a line! 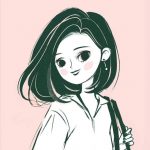 When mentioning Becky, she is often described as “one of the most influential fashion bloggers” or a “shopaholic”. In fact, she was the chief reporter of the Southern Metropolis Daily, mainly reporting current affairs and movies, and was one of the best entertainment reporters in China before she managed the WeChat account “Becky’s Whimsical World” and became a fashion blogger, and of of the top Chinese influencers.

In April, 2015, Becky officially transformed from a reporter to a fashion blogger by resigning from Southern Metropolis Daily and devoting herself to “Becky’s Whimsical World”.

She was invited by Chanel to attend Paris Fashion Week, and has worked with Chinese A-listers such as Chen Yanxi for the promotion of the philanthropic projects organized by Louis Vuitton and UNICEF. She has cooperated twice with the Palace Museum on culture and jewelry projects, with a transaction volume exceeding 2 million RMB.

In 2017, Becky and MINI cooperated for the first time to exclusively sell the “MINI YOURS Caribbean Blue Limited Edition”. 100 custom cars sold out within 4 minutes. This achievement became a much-told story in the industry and was listed as a classic case by Harvard Business School. At the end of the same year, Becky launched her own clothing brand with the same name.

She has appeared in H&M advertisements, served as a mentor for Helena women’s entrepreneurial projects, became the first KOL partner of WeChat Pay, and acted as its overseas payment experience officer and a friend of the BALLY brand. Earlier last month, Forbes China released a list of China’s top KOLs, listing 50 Chinese key opinion leaders in five specific sectors, such as beauty, fashion, mother & baby, lifestyle, and e-sports. Becky was one of the leaders among them. So, unlike other Chinese influencers fashion bloggers, and although Becky is a “shopping enthusiast”, people have the impression that she is real, sincere, and down to earth. Just like an everyday beautiful lady, she talks about all kinds of good things, and also builds an image of “I can also have it” from the perspective of an ordinary woman. Therefore, she draws a lot of attention from female customers.

She was “Miss Shopping Guide” in the news paper office, because she always had a good eye for unique and trendy shopping.

But, today, five years has gone by since “Becky’s Whimsical World” was set up, a fashion WeChat Official Account that is now followed by nearly ten million women, with each of her posts generating over 100,000 views.

In other words, even those two articles tagged with promotion have over 100,000 views respectively, and the length of some of the viewers’ messages are as long as the post itself. She sells houses, cars, and products with famous brands on WeChat official accounts, and she has 159 brand owners’ promotional resources.

In an interview in August this year, Becky stated that she valued maintaining a strong relationship with her followers.

“A lot of people focus solely on the number of followers, but I would prefer to have 10 followers who really know and recognize me instead of 100 followers who disagree or do not engage with me.” With high-quality viewpoints, and her standardized and disciplined promotion model, Becky has captured the hearts of many readers.

However, as luxury products embrace e-commerce more and more, WeChat is considered to be a more closed and therefore more intriguing marketing and sales platform than Tmall for luxury products. “Luxury products attach great importance to the precision of the delivery, and the matching degree of the crowd is very high.” Fashion blogger Becky said. In July 2019, her record of selling 100 MINI cars on her WeChat official account within 4 minutes was a story on everybody’s lips.

“Different personal styles will lead to differentiated content and will accumulate different types of followers. Therefore, different brands will have more and more personalized choices.” Becky said, “I transformed from an amateur into a fashion blogger. I underwent a lot of distress and encountered the same kinds of troubles that ordinary readers go through, so I may understand their thoughts and concerns better.” 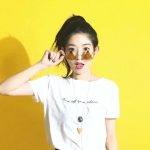 The WeChat Media channel “It was Zola” is undoubtedly one of the best WeChat channels that integrate KOL and WeChat e-commerce sales successfully.

On the other hand, Many individual products recommended in Zola’s WeChat articles come from her Taobao “Just Chilling” brands, which mainly focus on European and American niche brands. Zola and her employees use those brands, promote them and go one step forward; they determine the product’s price together with the supply chain after contacting the authorizing parties.

On the other hand, it is reported that “It was Zola 2017” made annual sales of about 40 million RMB and monthly sales of three to four million RMB. The amount is not huge on Taobao, but for a We Media owner switching to e-commerce, it’s impressive.

However, unlike other Chinese influencers,  Zola”s “It was Zola” channel does not specialize in a specific topic.

However, she provides a comprehensive guide to the fashion life circle from all aspects of life rather than being merely a beauty or fashion blogger. Now the number of her followers has reached 7 million on various social media, including 1.5 million for her WeChat official account, and 2.82 million for her Weibo. She has signed and incubated more than 40 bloggers, and the number of her network’s followers across 15 platforms has reached 75 million.

“On WeChat, we are one of the first of several WeChat advertising test accounts. In the WeChat Alternative Advertising case in cooperation with BiOil, we completed 417% of the KPI, reaching 62,700 ad exposures and 177,000 views. On Taobao, we have cooperated with EVE LOM, a niche skincare brand prices 50 – 100, in the CPS advertisement of Guang.taobao.com, in which we sold out 200 fortune bags in 19 seconds.” In conclusion, according to most brands, KOL marketing is one of the most effective ways to promote in China. Here at HI-COM we understand the Chinese market. If you want to learn more about Chinese KOL marketing or need help with your Chinese marketing? Drop us a line!

What KOC Marketing Is, and How to Get Started – HI-COM

The Top 13 Platforms for Livestreaming in China in 2021