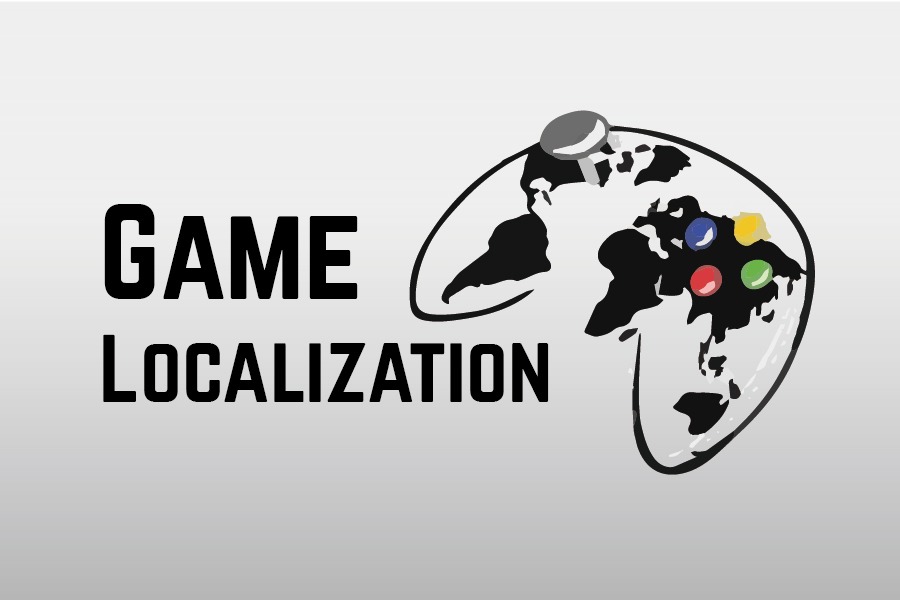 There are over 7.6 billion people in the world and just under a third of those are gamers, playing from either their PC, tablets, consoles or mobile phones. Research has shown that on a global scale, 54% of video game players are male, whilst 46% are female.

Unsurprisingly, China and the USA are at the top of the list of countries that bring in the most revenue from game sales. According to Newzoo, here are the top 14 countries and territories with regards to online gaming presence: 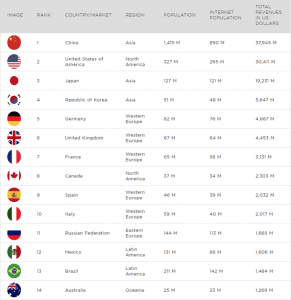 What languages should you translate your game into?

As mentioned above, a wide variety of countries have an increasingly popular gaming culture which brings in millions of dollars in revenue per year.  With this is in mind, translation and communication in a variety of spoken languages are an integral factor when hoping to target consumers within those markets.

Mandarin is the most widely spoken language, with over 1 billion speakers worldwide. After the console ban was recently lifted, China now has the largest global internet user-ship and brings in the biggest gaming revenue in the world. Another successful language choice would be English, as it is spoken in the US, UK, Canada, and Australia, who all respectively contribute to the top 15 global gaming countries list.

Below is a list of the top 10 languages that we recommend localizing your game into:

Research has also shown that the following languages have the highest three-year growth rate for gaming revenue:

Localizing games is more than just translating text. It involves quality assurances, testing the integration of the translated text and adapting the right text to the requirements of the specific region. This can vary from country to culture.  For example, in Australia alcohol and drugs cannot be shown in video games, whilst countries such as China don’t allow blood, skulls or any religious symbolism.

Comedian Kumail Najiani, revealed Call of Duty’s recent mishap, where the famous video game used the wrong national language for its location in Karachi, Pakistan, as it showed Arabic signs rather than Urdu signs. For a video game that took 3 years to make, this highlights the importance of research and localizing effectively.

Click here to find Kumail’s stand up piece regarding the Call of Duty game.

Darassian, Wenja, Simlish, Dovahzul and Al Bhed are all popular fictional languages in the gaming world. Here’s our mini-language dictionary for the top gaming languages:

The language of the game Darnassian

Darnassian is the primary language of the night elves in world of warcraft. Here are some Darnassian phrases:

Ande’thoras-ethil = May your troubles be diminished

Ishnu-alah = Good fortune to you

The language of the game Far Cry Primal

Far Cry Primal, literally brought back the stone age languages. Ubisoft worked with linguistics to try to recreate features of a language that had actually been spoken thousands of years ago. It is called Porto-Indo-European language. Wenja is one of the tribes in the Far Cry Primal world. They speak the Wenja language. Here are some Wenja phrases:

The language of the game Simlish

Simlish is the language from the popular game, The Sims. Will Wright who created The Sims, created a ‘nonsense language’ so that the meaning could be more imaginative to the players. Here are some Simlish phrases:

The language of the game Dovahzul

Dovahzul is the dragon language used in the popular game, The Elder scrolls vs Skyrim. It is spoken by the dragons and ancient Nords. Here are some Dovahzul phrases:

The language of the game Al Bhed

Al Bhed is the language spoken by the Al bhed tribe in the Final Fantasy game. The Al Bhed language is a cypher of the Japanese and English languages. Here are some Al Bhed phrases:

Hela do saad oui = Nice to meet you

Now you’re all set to immerse yourself in the gaming world. Feel free to share this gaming knowledge with your family, friends and co-workers!

For more information on translation or localization please feel free to get in touch.