Hicom > Blog > Languages > What languages are spoken and what are the official languages in China? HI-COM

Due to changes in the Chinese population, it is important to take a close interest in their language, its nuances and dialects but also in its writing in order to better understand it.

English remains the global language mainly used in the world of work and in everyday life but Chinese represents a language of increasing interest for those wish to work in China or in the Asian market.

1) Historical presentation of the Chinese language

The history of China goes back several millennia, so the changes and evolution of the population and the culture have played a part in the creation of several derivations of the spoken language, which give way to the nuances and dialects present all over the country.

The Chinese language called 中国语文Zhōnggúoyǔwén is an integral part of the Sino-Tibetan language. Indeed, the language spoken during the HAN dynasty dating back to 206 BC is much closer to the Tibetan language than it is to modern Chinese. However, there is no written documentation on the creation of Chinese that distinguishes it from other Sino-Tibetan languages, making it a controversial relationship.

Finally, as the country evolved and modernized, China decided to standardize its language and opted for the standardization of Chinese. 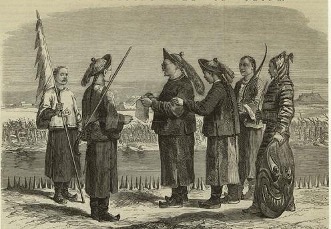 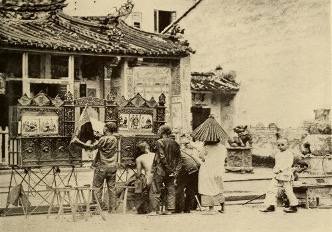 2) What are the languages used today and the official language?

Since China has decided to standardize its language, it is interesting to find out more about the official language spoken in China.

Mandarin 汉语hànyǔ in Chinese has been the official language in mainland China of more than 1.3 billion Chinese people since 1956. It is also one of the six official languages of the United Nations. Mandarin is also spoken in Taiwan 国语guóyǔ and Singapore. Several terms are used to designate official Chinese: Hanyu (Han-yu) (“language of the Han”), zhongwen (“Middle Kingdom script”), Putonghua (“common language”) and in Taiwan Guoyu (“national language”).

Mandarin consists mainly of the dialects existing in northern and northeastern China. This is why Mandarin is presented as the language of Beijing (located in northeast China).

Mandarin therefore remains a language also used in the business world, since only 25% of Chinese have a command of English, so despite the difficulty of Chinese characters, pinyin phonetics and tones, Mandarin continues its international conquest.

There are at least seven major dialect families.

The Chinese territory, although unified by a common writing and a common official language, is marked by a true mosaic of languages and dialects.

The basic unit of Chinese writing is the character called a sinogram. Each Chinese character corresponds to one syllable. A word is usually composed of one or two syllables.

Simplified writing was chosen by China in the 50s and is therefore relatively modern and is still used today. Simplified Chinese has fewer strokes than its predecessor Traditional Chinese.

Simplified Chinese is therefore simpler and faster to write.

Officially, this reform was made to reduce illiteracy but also to promote literacy among native and non-native speakers. It was at this time that two distinct versions of the characters were introduced into general use: the traditional characters and the simplified characters.

Traditional characters have been in use for longer. They are more complex and use more characters and strokes per character. Traditional script is used in Taiwan, Hong Kong and Macau. It is also used for calligraphy and in the printing of some very old books.

Can we learn to speak and write Chinese simply with the characters? No, it is not possible. Indeed before practicing writing the language, it is essential to know the pinyin used in order to learn the tones and pronunciation of the characters.

The solution comes from the “pinyin” system (拼pīn音yīn meaning “spelling sounds”) initiated in 1958 and adopted in 1979, first in the People’s Republic of China and then internationally.

This system makes it possible to “phonetically transcribe the pronunciation of Mandarin Chinese”.

The Chinese do not write or read in Pinyin; they use it mainly to make Chinese characters appear on a keyboard (computer, smartphone…).

The so-called tonal languages use the differences in musical pitch in a lexically relevant way.

Chinese is a tonal language: each syllable is accentuated.  There are 5 tones including a neutral tone. Thus, in Chinese the syllable [ma] can have the meaning of “mother”, “horse”, “hemp”, “insult” or be a particle of syntax according to its intonation. If we look at the table below, we can see that standard Chinese has four tones, a fifth being “neutral”.

HI-COM ASIA is a multilingual translation agency that can do translation from English to Chinese and in others 40 languages.

Contact us for your projects and get a free quote !

China Translation
Marie CASTANOWhat languages are spoken and what are the official languages in China? HI-COM12.14.2020

10 Industries that Need Professional Translation in 2021 I HI-COM