What is transcreation, and what makes it different from translation?

Translation companies are being increasingly called upon to provide not only translation, but transcreation services for their customers. What is transcreation?
In order to clearly explain what transcreation is, it’s important to quickly go through what translation is first, so that we can make a clear distinction between the two services.

Translation companies are being increasingly called upon to provide not only translation, but transcreation services for their customers.
In order to clearly explain what transcreation is, it’s important to quickly go through what translation is first, so that we can make a clear distinction between the two services.

Translation is the process of translating spoken words or written text from one language to another. Most people without any knowledge of the translation industry would probably give you the same simple explanation. What they are less likely to say is that translation also involves the translator adding their own skill and judgement in order to best capture the essence of what the author of the original document or speech is trying to convey, based on their experience and knowledge of the field concerned. Translation is far from being a word-for-word, black-and-white action. 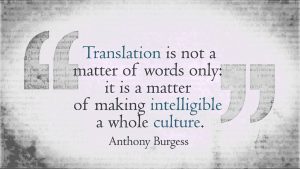 Therefore unlike mathematics and science, where there is usually a right and a wrong answer, language is much more subtle and nuanced, meaning that no two translators will produce exactly the same finished texts even though both are equally accurate.

As a general rule, the more abstract a document is, the more variations there will be between two translations of it, even though they both remain ‘correct’, or ‘accurate’. 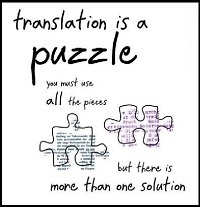 In summary, it’s not an exaggeration to say that translations can almost be thought of as being closer to works of art than to simple conversions from one language to another. Incidentally, this is why machine translations must be treated with care.

So let’s move on to transcreation – so how is it different from translation?

As the name suggests, transcreation is a mixture of ‘translating’ and ‘recreating’ the original text in a new language whilst making sure it is still appropriate in the context for which it is intended.

Transcreation projects are most suitable for marketing and advertising related assignments.

The source text for transcreation tends to be creative texts such as images, posters or commercials. Transcreation is all about translating ideas and concepts, and not the exact words in the original text, so the customer needs to be crystal clear on the global brand values that they want portrayed to their target local markets.

The person producing the transcreation must fully understand the desired outcome and the target audience, and be given the freedom not only to translate the original text but also to make significant changes to it in the process. Therefore this person will also take great care to ensure that any elements that are not relevant or do not apply to the country of the target language are removed or replaced with text relating specifically to the target audience. This requires the transcreator to be both linguistically and culturally aware.

So, when there is meaning and a need to go beyond the written word, then it is likely that transcreation is the most appropriate choice. We will cover transcreation again soon and in more detail in our blog section, so stay tuned.