They work with the biggest brands, they have millions of followers, they can make product lines sell out within seconds… and most of them are in their 20s! Key Opinion Leaders or ‘KOLs’ are taking over China’s social media marketing and creating a new form of “opinion marketing”. Today we take a look at five portfolios of most influential Chinese KOL, Chinese fashion bloggers, each working in different fields, and ask what makes them so special? What makes their opinion so valuable, what do they have in common and how did they achieve such success at such a young age?

KOL or Key opinion leader(s) is an individual(s) who has any sort of influence on their created audience. Those audiences are built with a help of digital tools, including social media platforms, blogs, podcasts etc.

KOLs are also known as Influencers, and using them in order to gain brand awareness or sales conversions is know as Influencer Marketing.

Influencer marketing is still booming in China. According to TENCENT’s recent research, more that 54% of college students want to be Influencers full-time after graduation. The majority of China’s Gen. Z is fascinated with KOL, that is why fashion, luxury and gaming brands are using the tactic to make in impact on the young brains. On average, each one Chinese Gen. Z representative follows 82.4 KOL accounts on multiple platforms in China.

Why is KOL marketing so popular in China?

As word of mouth and product reviews are the two most effective ways to drive sales in China, brand continue to leverage this fact. China’s attention to KOL is mainly resulted from limited information within mainland, whereas KOLs as industries experts have access to latest news, trends and products, and ideally share their experiences with those.

Other aspect of the popularity of Chinese Influencers is China’s mobile-first society. China is a country where many households only use mobile devices as primary (or only) ways on going online. Thus, mobiles apps (video stream, e-commerce, reviews) are developing with extremely high speed, leaving quite a room for app expert and pioneers to develop their audience and influence millions of people in quite short periods of time.

Who are the most successful KOL in China?

Disclaimer: in this article we choose to focus on KOLs that have a unique story or point of difference, rather than those who simply have the highest number of followers. 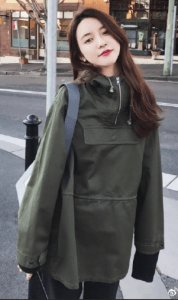 Zhang Dayi is a chinese fashion blogger and one of those people who will make you believe anything is possible, transforming from being a model, to blogger, to a successful entrepreneur and businesswoman, opening her own business by the age of 26. Zhang Dayi’s fashion store called “Wuhuanxide Yichu”, or “The Wardrobe I Like” successfully launched on the Taobao platform and continues to be wildly popular with her growing fan base.

Starting as a fashion blogger, Zhang Dayi’s unique fashion taste and style set her and her Chinese fashion blog apart from the mainstream.  Her unique style resonated with China’s fashionable youth and grew a massive following.  Very intelligently, Zhang Dayi sought to capitalize on her popularity and eventually created her own fashion label which she models, posts about and sells online.

Zhang Dayi’s Wikipedia page boasts: “the largest shopping channel in China reported 5,000 sales within seconds of a post featuring her in new clothing…she was reported to be one of the top ten internet celebrities in 2016.” Her Chinese fashion blog inspires thousands of people.

Earning about 300 million RMB (USD 46 million) in 2016, her income ranks higher than some of the most famous celebrities in China.

Zhang Dayi was one of the first Chinese KOL  who started to introduce products via live broadcasting.

She is also one of the first people in China who created affordable designer clothing. Despite the fact that Zhang Dayi is a relative novice in the world of fashion design, her loyal online fan base were quick to show their support for her rising brand, purchasing her latest collections online.

The ‘blogging and live broadcasting’ combination has proven to be effective in the viewers/fans/followers-to-sales conversion to her Chinese fashion blog, and Zhang Dayi knows how to do it well. On her live broadcasts she streams feeds from her warehouse, material room and pattern office, taking her followers ‘on her journey’ with her, from brainstorming patterns for her garments to how they are made; this forms a strong trust with her audience and keeps them involved.

Today Zhang Dayi’s influence is perhaps even more powerful than some of China’s most famous movie stars and singers. 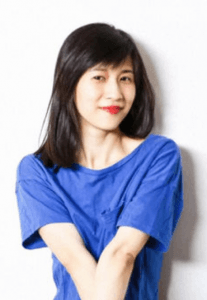 Having her finger on the pulse of what makes her audiences laugh, this young Shanghainese woman is entertaining China with brilliant short videos. Papi is not only found on Chinese channels but also on YouTube, and is one of the most celebrated online personalities in China.  In the beginning of 2017 she was awarded “Chinese Internet Marketing Ambassador”.

In March 2016, she received an investment of 12 million RMB (approximately USD 1.8 million) and a year later her small broadcasting company became part of a large entertainment company due to a series of mergers and acquisitions. 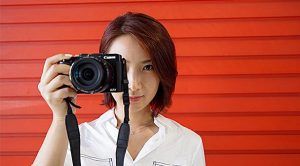 Lei La is a blogger on Sina Weibo. To date she has posted about her travel experiences from more than 50 countries, covering over about 450 000 kilometers.

Her account at Sina Weibo has more than 4 million followers, and she is one of the most popular KOLs in the travel industry.

The main reason she attracts such a wide audience is the quality of the pictures posted from the most beautiful places of the planet.  Lei La first gained notoriety as the wife, and then ex-wife, of famous actor Chen He 陈赫. After her divorce, she decided to travel all around the world, taking photos and posting them on her account on Sina Weibo, not expecting to gain such a following.  She is now invited to appear on various TV shows (including “天天向上” ) to recommend holiday destinations and hotels all around the world and talk about her different experiences.

Lei La’s online success has also provided her with professional opportunities and she is now Chief Creative Officer at WeSafari, a social media platforms dedicated to travel videos.

While the interest around her persona was originally due to who she was married to, Lei La is now a celebrity in her own right, with legions of followers who avidly track this globetrotter from country to country, and luxury suite to luxury suite.

In the year 2018 Leila has participated in #visitspain 5 days campaign organised by Tourism bureau of Spain, bringing 1,1 Million of fan engagement on two of her social media channels: Weibo and WeChat. 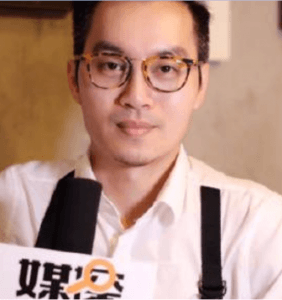 Tata is one of the first food bloggers in Guangzhou this Chinese KOL is introducing his followers to various new restaurants and culinary delights.

For the last 7 years he has introduced more than 3,000 restaurants to his 2.5 million followers through photos and articles. He strictly filters which restaurants he covers; only the best are making it to his pages

Today TATA is invited to advertise products of some of the biggest brands, including Sharp’s high end fridges and other kitchen appliances.  In 2016 he was awarded the “Food WeMedia Best Influence” award.

What makes him special:

Guangzhou has always been a heaven for Chinese foodies; on a visit to Guangzhou, the food is one of the most memorable experiences visitors will take back with them. TATA’s channel will be the first port of call for anyone planning to visit Guangzhou who wants to know where to find the best local and international dishes. TATA has successfully positioned himself as highly respected foodie and food blogger, with audiences keen to follow his recommendations and food and restaurant brands eager to have him as a brand ambassador. 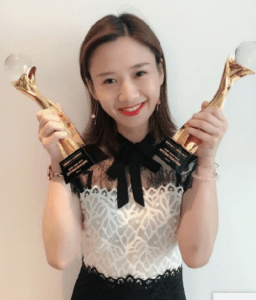 Chongqing native Mi Zijun is a famous blogger and a Chinese KOL on Sina Weibo and a huge food lover! She has gained fame for eating food: a lot of it, and very quickly.  Mi Zijun famously broadcasted herself finishing 10 cups of super spicy instant noodles within 16 minutes and 20 seconds, and also wowed her audience at a rice-eating competition in Hangzhou after downing over 4 kilograms of plain white rice in one sitting.

With more than 4 million followers on her Weibo, Ms. Mi opened an online snack store at Taobao which is named “大胃王密子君零食店”, which translates to “The king of big stomachs – Mi Zijun’s snack shop”.

Her unbelievable food feats have attracted a large amount of attention and a huge following online, and restaurant and food brands have been eager to capitalize on Mi Zijun’s wide audience. Today Mi Zijun works with many famous restaurant brands and their promotions, such as Pizza Hut’s Home Service.  Chinese influencers food lovers are getting the top

Restaurants typically enjoy a 10% increase in traffic after she has broadcasted about it.  She is also invited to appear on many popular Chinese TV shows to show live audiences her astonishing eating abilities.

The amount of food this petite girl can put away is incredible. The phenomena seems to work well, attracting more and more curious crowds to her video sites, which in turn make her an influential marketing ambassador for food brands or restaurants.

Still intrigued about Chinese KOL marketing?  Have more questions?  Shoot us an email!  We’d love to hear from you.

Discover the evolution of e-commerce: China in 2020 – HI-COM