The Top 10 Platforms for Livestreaming in China in 2022

The popularity of livestreaming has exploded over the past year in China. There are now more than 550 million people tuning into livestreams on a regular basis, up from around 150 million just two years ago. Many livestreams serve purely social functions – the bedrock of any social media is communication between friends, old and new.

Why Livestream in China in 2022 is an important element for your brand?

Increasingly, though, companies and entrepreneurs are capitalizing on the huge audiences available to meet their own commercial ends. They face two options: create their own livestreaming content, or place their brand within an already well-subscribed source of livestreams. The live streaming e-commerce market size in China has expanded 121% in 2021 compared to the previous year, and has reached 961 billion RMB! This market size is expected to rise by another 150.73 billion RMB by the end of 2022.

The former option offers perhaps the highest reward, but also involves the most risk, and will need significant investment of time and resources. Livestreaming is fiercely competitive, and brands will need to think very carefully about what might get the attention of audiences.

Budweiser took this route and excelled in 2020. When clubs and bars closed, or were emptied of patrons, because of COVID-19, they took to the online airwaves, streaming DJ sets and inviting people to party with them from home. As a result, they saw double-digit growth in direct online sales, and triple-digit growth in sales on third-party delivery apps.

The rise of KOLs in China is now well-charted territory. More commonly known as ‘influencers’ in the West, KOLs now play a huge part in the Chinese mediasphere and e-commerce.

They range from the expected – those who do makeup tutorials, post images living the ‘high life’, or narrate themselves while playing games – to the unconventional – those who eat a whole week’s worth of food in an hour (which is now actually prohibited), or simply sit and study in silence. Boasting follower and view counts whose numbers reach beyond seven-digits, it’s a no-brainer for brands who want exposure to try and get on board somehow.

Enlisting KOLs can involve simple product placement, a product review, or inviting them to a marketing event. Brands might organise parties, excursions or fashion shows, invite KOLs to livestream, and feel the knock-on benefits.

This is also a fairly competitive market, as viewers will want to see something new, and perhaps unique, from the stream. Chinese vlogging platform Xigua (西瓜) is a good place to look for examples – in 2018 they took a selection of their most popular content producers on an all-expenses-paid cruise from China to Japan and back.

So, where to start? Here’s an overview of the top platforms for livestreaming in 2021, then a few tips for how best to execute. 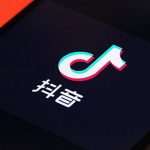 Known as TikTok outside of China, this is the app that needs no introduction. It is simply a behemoth. For brands, the important thing here is to create truly creative, interesting content that is responsive to the latest trends.

Douyin is a the top 1 platform in China for Livestreaming sales. Connecting your Taobao and Red stores as well as Douyin native e-commerce shop, this tool is creating more than 9 million live-streaming sections per month.

According to Statista ,in 2022 Douyin reported having 86.8% of its users streaming live content in China  and spending at least 89 minutes watching videos on the platform each day!

XiaoHongShu, AKA ‘RED’. RED emerged in 2019 as a fairly unexpected e-commerce frontrunner. Favoured among young women, who make up around 90% of the user-base, it gained a reputation for reliability and authenticity.

The vast majority of the content is user-generated, and the platform itself is specifically geared towards e-commerce. If a user likes a product featured in a livestream, they are only one or two clicks away from viewing it, purchasing it, and having it delivered.

A brand account allows for direct interaction with users, allowing companies to respond to comments, convert interest into sales and maintain relationships.

Kuaishou is another relatively new kid on the block, and one that packs a punch. It started as a GIF-sharing platform in 2011, but opened up livestreaming in 2016, and boasts upwards of 300 million active users.

The reason it’s still considered new is because it’s only recently integrated e-commerce and transactions into its livestreaming platform. More than US$30bn of transactions were processed in the first nine months of 2020, an eleven-fold increase on the year before.

The granddaddy of e-commerce, Alibaba, and its offshoots Taobao and Tmall, represent the vanguard of China’s livestreaming sales boom. On Single’s Day (11th November) 2020, sales from livestreaming surpassed $3bn in less than 24 hours. For example, Estee Lauder’s Singles Day livestream pulled in US$28m in sales, garnering more than 500 million views.

Taobao Live is available year-round, however. The aforementioned Budweiser livestreaming campaign was a tie-in with Tmall, wherein they were cooperated to create an additional custom landing page for the products.

Inke is a general-content angled livestreaming platform, popular with gamers and those seeking light-hearted content.

What sets them apart is a ‘battle mode’, where users will agree on a predefined challenge, such as holding a pen on their upper lip, or balancing a spoon on their nose, then livestream the challenge within a timeframe.

Viewers can send cash-paid-for-gifts to the livestreamers to determine who is winning, and the loser then must complete a forfeit.

What started as a video service for anime fans is increasingly being described as China’s closest equivalent to YouTube. For those new to the platform, they should know that its users are still very much tied in with its fandom history, however. Livestreams that involve cosplay or anime-themed elements are popular.

By partnering with Baidu and Sina Weibo, social e-commerce platform Yizhibo has secured an audience from one of the ‘big four’ (BATX) tech giants in China, and one of its most subscribed traditional social media platforms.

Given its tie-in with Weibo, users are less likely to be interested by straight-down-the-line sales livestreams, and more interested by viral content such as challenges and celebrity interaction.

Another huge gaming livestreaming service which, in 2021, is slated to merge with Huya Live.

The once-popular Meipai app abandoned, leaving its young, female user base to seek beauty tips elsewhere. Owner of Meipai, Meitu, launched its own app in the end of 2020, but it remains to be seen how successful it will be.

How to set up your Livestreaming Campaign in China in 2022

Pick a host for your livestreaming in China.

This needn’t necessarily be a KOL – there are agencies now who represent livestreaming hosts, just as agencies represent TV hosts. Think carefully about the target audience, and who they might relate to, or look up to.

You do not want to be going viral for the wrong reasons. First, consider the regulations around which words, phrases and topics may or may not be used. For an outline of these, click here.

Second, think about the culturally sensitive topics you may wish to avoid. A quick search on the internet for brands falling fowl of Chinese consumers is a good place to start.

Promote your livestreaming in China in advance

Use more traditional social media to get the message out there, and build hype.

Is it Singles Day? Okay, a 20-hour livestream marathon may be okay. If not, consider commuting times, or evenings after dinner.

HI-COM is a multilingual communication agency dedicated to providing China-specific social media communication and e-commerce marketing services to businesses around the world. Working with more than 100 brands, HI-COM is the go-to partner of companies that want to enter China market! Contact us for your free consultation today!

How to make your website “work” in China? SaaS-based solution from our partner Chinafy. China’s booming pet market

The Importance Of Local Languages In Digital Marketing