For a Latin American – Castilian Spanish (used in Spain) can seem a little strange. Pronunciation, jokes, and humor are all different compared with Latin Spanish. Is it important in marketing or business? Yes, of course. If it wasn’t, the film industry would not make localized translations for Latin American and Spanish audiences.

Spaniard: “Could I take your stroller* (“coche”) for a while?

Mexican: What stroller? I have no children.

For a Latin American – Castilian Spanish (used in Spain) can seem a little strange. Pronunciation, jokes, and humor are all different compared with Latin Spanish. Is it important in marketing or business? Yes, of course. If it wasn’t, the film industry would not make localized translations for Latin American and Spanish audiences.

When we talk about the Spanish language, we are talking about history and many ages of language evolution and expansion. The Spanish language has roots in the Romance language tree, meaning that it descends from Latin. After the collapse of the Roman Empire in the 5th century, the widely vulgar Latin spread throughout the European Continent. But it was not until the 10th-12th century that the first texts around the Peninsula had a Spanish look about them. These texts were written speeches with lots of orthographic issues. At that time, people wrote as they pronounced. However the Castile kingdom then gradually started to rise in the Peninsula, and in turn so did its provincial dialect. The kingdom controlled these lands after the Islamic occupation until the unification of the Castile and Aragon kingdoms in 1479. Spain was now united as a nation, and in its language also. This unification of the new Catholic Kingdom initiated the discovery of America by Columbus, which in turn brought the Castile language to the new land to dominate not only the Peninsula but also the American colonies. 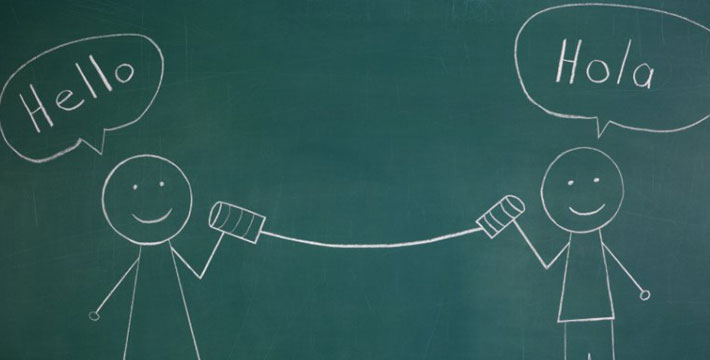 As is the case with most languages, Castilian Spanish during its expansion became diversified due to contact with the new American Languages, making it rather different from the one spoken in the Peninsula. Even inhabitants of the American colonies talked differently from one another. This led to the creation of the Real Academia Española in 1713. This Language Academy set out the authoritative criteria of describing and sanctioning all neologisms and other variances in the Spanish language that can be observed between Castilian and Latin American Spanish. The Real Academia Española formalized the grammar that rules the Spanish language, detailing its exceptions and alterations of usage made by speakers of “both types of Spanish”.

As a language service provider, it is very important for us to understand the differences between Castilian Spanish and Latin American Spanish, as our target audiences have specific and often very diverse language criteria which need to be met. Although it is seen as one single language, and it is overseen by one Language Academy, there are many regional and national differences in terms of vocabulary, pronunciation, grammar, colloquialisms and so on which must be considered when localizing a product, negotiating, marketing a brand, or when working on any other business projects. 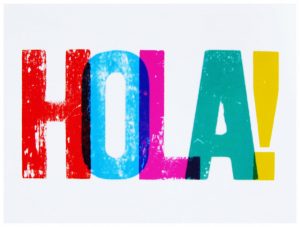 As mentioned at the beginning of the article, one of the most particular differences is in vocabulary.

Spanish vocabulary is large and diverse, containing many words that have a specific meaning in Castilian Spanish which is not the same as in Latin American Spanish. A typical example is the Castilian word for car, coche.

Also mentioned above in the opening paragraph, “Coche” means car for Spaniards, but for Latin Americans a car is a carro, auto or automóvil, and a Latin American’s definition of a coche is a stroller. Some words may have different tones such as coger in Spain which means to take something, but in some Latin American countries, it means something so different that agarrar is used instead of coger.

Then, we have ordenador (computer), which is widely used in Spain, whereas Latin America would call it a computadora. Other examples include the word lapicero, which a Spaniard would call a pen, though a Latin American would call it a bolígrafo, and also the Castilian tío/tía to address a close friend, however in Latin America, tío or tía refers more to aunties and uncles.

When addressing your friend, pana, wey, parcero, weon, fren, compa can all be used, depending on where in Latin America you find yourself.

Differences in the various types of Spanish also extend to grammar. In Spain, “vosotros” is used instead of “ustedes”, which is more formal, referring to you in the plural form. The Spanish also use “tú” instead of “usted” for you in singular form depending on how formal the situation is, but in Latin America, “ustedes” or “tú” in the singular form is used. There are some country exceptions where “vos” is used. In addition, there are a few differences relating to tenses. For example, In Spain, the perfect tense “yo he comido mi almuerzo” (I have eaten my lunch) is used, whereas in Latin America, the imperfect tense “yo comí mi almuerzo” (I ate my lunch) is used, which is one of the most noticeable differences between Peninsular and American Spanish.

These language differences can make a big impact on our clients when talking business. Clients and customers feel the need to relate one another to the product in order to take it. Therefore, to feel like we have some kind of relation to it, we have to generate emotion in our product which they can link with the product. The most effective way to do this is by localizing and adapting meetings, websites and negotiations to suit the cultural background of our client. For example, if our client is from Spain or Latin America, we have to make him/her comfortable in their mother tongue to be able to create that beneficial link and improve understanding of our strategic business objectives.

In summary, recognizing the importance of differentiating between the varieties of Spanish can help promote a brand, product or business project more effectively through localization and use of language services providers. The differences mentioned above are just references as to how the Spanish language works in different environments, and this in turn makes us realize how cultural awareness is vitally important for connecting our clients and end customers with us and our business projects, because after all, selling a coche to a Spaniard is not the same as selling one to a Latin American.

HI-COM is a fresh and innovative localization and communication agency. Based in the bustling international city of Shanghai, we are multilingual communication specialists. Our clients vary from startups and SMEs to Fortune 500 companies, across all major industry sectors from FMCG, to marketing, to automotive and engineering.

What all our clients have in common is their ambition to grow and compete in an increasingly globalized economy. We provide a variety of language based services, including translation, proofreading, interpreting, and copywriting services, covering over 40 different language pairs. HI-COM delivers these services to clients in Asia and abroad, including international clients such as Huawei, LVMH, BMW, and Club Med.

Have questions about translation? Shoot us an email!