China and Blockchain are not two words you would normally associate together, until recently. President Xi Jinping identified blockchain as “a crucial breakthrough point for indigenous innovation of core technologies” during the meeting of the 13th National People’s Congress (NPC) standing committee.

China and Blockchain are not two words you would normally associate together, until recently. President Xi Jinping recently identified blockchain as “a crucial breakthrough point for indigenous innovation of core technologies” during the meeting of the 13th National People’s Congress (NPC) standing committee. The technology has for a number of years been surrounded by suspicion and controversy, especially regarding blockchain. However, China’s congress recently voted for more research to be conducted in the cryptography technology area, (including Blockchain) and the law will take effect from 1st January 2020. 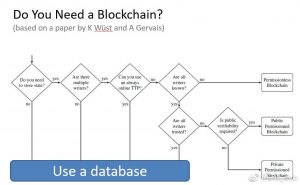 President Xi Jinping recently said during the NPC meeting, that he regards Blockchain as one of the pioneering technologies of the cryptography generation. He emphasized the importance of China’s goal to become number one in this emerging area. Blockchain has always been credited for having the characteristics of decentralization, transparency, and unchangeability. The new law states that it is necessary to facilitate research into cryptography (particularly Blockchain) and find out how it can adapt to a number of the country’s industries.  China eventually wants Blockchain to be applied to the country’s priority projects such as education, employment, old-age care, reducing poverty, health care, and food safety.

China has heavily invested in technology areas such as big data and artificial intelligence. It doesn’t surprise us that China wants to be at the forefront of Blockchain technology. As President Xi Jinping has publicly endorsed Blockchain, this has resulted in a huge surge in shares in Blockchain technology companies. With this increase, we believe that a lot more companies will be looking to translate their White Paper.

What is a White Paper? 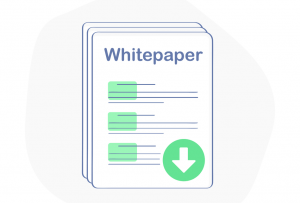 How to set out your White Paper?

Explain ‘how’ the investment will help:

Map out your White Paper

Why is it important to translate your White Paper?

There could be a number of potential investors globally who can’t be reached through the language your company is set up in. For example, in recent news about how China is becoming more open to Blockchain technology. Although, it is to be expected that other companies will now start to translate their White Paper into Chinese. Translating your White Paper into a number of languages will increase global investment and bring about more global awareness to your company. Presenting your White Paper in key languages will also give your company invaluable access to new markets and investor bases.

What languages to translate your White Paper:

Your company should translate their White Paper into the languages of the countries they want to get more investment from. Based on a recent boost in share prices in Blockchain companies because of President Xi Jinping words, an obvious White Paper translation would be from English to Chinese.

Here is a list of the top 10 countries that are using Blockchain technology the most:

There are other countries such as Australia, Denmark, Gibraltar, France, Korea, Denmark and South Africa who are rapidly embracing Blockchain.

If you need help with translating any documents then HI-COM is here to help! Drop us a line!