10 things to know before becoming a Translator or an Interpreter

When thinking about becoming an Interpreter or a Translator one instaedia/

https://www.hicom-asia.com/entering-chinese-market-things-brands-need/ntly pictures themselves standing before a foreign business delegation wearing an elegant suit at a top Wall street office, or translating a new book that will sell millions of copies in its first week on the market. Or, at least, that’s how I imagined myself when I was considering to apply to a foreign language university.

When thinking about becoming an Interpreter or a Translator one instantly pictures themselves standing before a foreign business delegation wearing an elegant suit at a top Wall street office, or translating a new book that will sell millions of copies in its first week on the market. Or, at least, that’s how I imagined myself when I was considering to apply to a foreign language university.

But what does the reality look like? Is this profession as prestigious and well paid as showbusiness tries to make us believe? And what’s the difference between being a translator in China and in the West?

How to become an interpreter?

Today I was lucky enough to talk to an amazing professional in the translation field – Lina Huang, who graduated from one of the best schools for interpreters and translators in France – L’ESIT at the UNIVERSITY OF PARIS 3 SORBONNE. She has worked on various missions from translating comic books to real time interpretation for the China National Petroleum Corporation. She speaks 4 languages (Chinese, French, Japanese, English), but has been concentrating mainly on the Chinese-French language pair for the last 8 years, and she has been kind enough to share her experience with us. 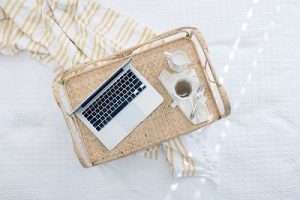 L.H.: I like working from home and on the go. I always wanted to keep my freedom, and travel and work simultaneously, so that’s the main reason for my professional choice. Even though I prefer interpreting, which brings less freedom, there is more interaction with people, and it’s more stimulating compared with translating documents.

L.H.: I studied at the UNIVERSITY OF PARIS 7 DENIS DIDEROT (Modern Applied Languages Applied to Law and Economy) because they have a discipline called “Modern Applied Languages” with English-Japanese, and I the Japanese language is one of my great passions. For my Masters Degree I went to the UNIVERSITY OF PARIS 3 SORBONNE (it’s actually an independent school affiliated with the New Sorbonne), as it’s one of the three best schools in the world. They work with 40 languages and have students from 40 countries, and competition for places is very fierce. For the Chinese language they only accept 3 to 5 students per intake. I enjoyed studying there, as people who are accepted go on to become very good translators and you can learn a great deal from them as well.

L.H.: As the UNIVERSITY OF PARIS 3 SORBONNE is not a language school but a school for translators, among other things you have to:

L.H.: The most interesting project is the most challenging project, because it keeps you motivated. For me it was a Chanel workshop in Paris, where Chanel brought together the 30 best tailors in the world. I was translating for Chinese tailors who specialize in retouching clothes for their 5-day training.

Every day for 2 months before the training Chanel sent us various documents and materials, technical words and other important aspects to note. At that time I thought that 2 weeks of learning and preparing would be enough, but the world of luxury caught me off-guard. It was so difficult to translate all the specific retouching techniques, and the various secrets of the trade. Tailors, just like artists, choose their words differently, so I felt I wasn’t bringing a great deal to the conversation when I spoke out. In fact, the best way to understand the technique clearly is to do a demonstration of it. As my group watched the demonstration closely, I felt useless and frankly, two weeks of preparation was not enough to be fully familiar with this world of luxury craftsmanship. 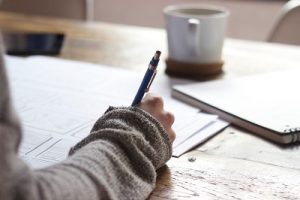 L.H.: Loyalty to the original text. One should not completely rewrite the text, but use it as a tool to translate between the two texts, unless you are translating fiction, but that’s another story.

L.H.: When customers ask “what is your specialisation?” we always find this a little bemusing. Everybody starts from zero, and this question is appropriate for someone who has been working for more than ten years as a translator or interpreter, but most of us work on every request that comes our way. At university you will need to pick a specialisation, and I studied Law, so for me it would be perfect to translate French law texts, but demand is limited, and a translation of a major paper may only come around once every few years. And yes, if you are an in-house translator working for specialised companies, such as watches or perfumes, you can call yourself  a translator with a specialisation, but in reality there are not so many people in the industry who stick rigidly to one specialisation.

L.H.: I don’t find many difficulties in my daily work, so I will have to say the main one is deadlines (Laughing). When you feel the pressure of a deadline you begin to push yourself, to focus all your mental energy on one task. And of course, you should try not to work from home! It is very difficult to organise your time working from home. You will have a more productive day working from a library or a cafe. Most importantly, don’t start only when you feel pressure. It’s not a very smart way of working.

L.H.: I studied and started working in France, and now I live and work in China. The work market in France is very standardised, and in China it’s a bit of a mess. It was quite a shock for me when I came to China, because translators in France are very well paid, and in China they earn about one tenth of a French translator’s income. Of course translators in France pay tax, and they are well respected. In China, translation is a freelancer job, and most students who study foreign languages will not become translators – they will prefer a more stable job, probably with a government institution.

Also, In China it is difficult to find a long term partnership. I get a text to translate, and then my contact will disappear. In China in some cases I don’t obtain any naming rights. It is common practice for a Chinese translator to divide large texts between other translators and after it’s done, gather this text into one under their own name. This is of course illegal in France.

L.H.: I advise to start practising early. There are tons of resources out there that can help young specialists to start perfecting their skills.

One of the websites that I recommend for young translators for training is 译言：http://article.yeeyan.org. Translators can create their own portfolio and upload their work, such as translations of news articles, which can be previewed by potential clients.

If they feel confident translating books, they can join an Ebook translation project and get paid : http://g.yeeyan.org.

One can also start translating TV shows and write subtitles, which can make you more visible.

Finally, it is important for a translator to connect with other translators, as it is a relatively small circle.

How to become a certified interpreter?

There are many different certification agencies that train and give out a title of “certified translator”. It mostly depends on a country by the laws of which the certified translator will operate. In the United States, American Translator Association (ATA) is one of the most trusted agents. They train, test, and provide a certified translation seal for the successful candidates.

You must have an individual membership established to sit for ATA’s certification exam. The overall pass rate is below 20%, so be prepared and take a proper training.

In Australia such an agent is National Accreditation Authority for Translators and Interpreters (NAATI).

In need of a professional certified interpreter or translator? Shoot us a message!