We have put together 15 more profiles of the most followed Chinese KOLs in the industries we have worked with in the past few months: Skincare, Travel, Health, Sport, Parenting. These people create a new way of promotional marketing, engaging their followers on a daily/weekly basis and are helping brands find their customers in the endless ocean that is the Chinese market.

We have put together 15 more profiles of the most followed Chinese KOLs in the industries we have worked with in the past few months: Skincare, Travel, Health, Sport, Parenting. These people create a new way of promotional marketing, engaging their followers on a daily/weekly basis and are helping brands find their customers in the endless ocean that is the Chinese market. 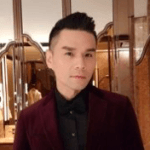 Mr. Kevin Chou is a famous stylistin Taiwan and one of the hosts on Taiwan’s hottest variety show “WQueen”. Zhou was deemed “makeup king” by the industry. He created his own brand,BeautyMaker, which is tailor-made for Asian women’s skin and ivory toned skin color. It can take into account the skin and skin color of Asians and he currently resides in Taipei, Taiwan. In 2005, he entered the “WQueen” team and became a makeup icon in both Taiwan and mainland China. In 2008, his book, “Bare Makeup Bible and Beauty Make-up Collection”, which took him over a year of painstaking efforts, was published and sold more than 130,000 copies in three months. This book became the best-selling fashion lifestyle book in Taiwan in five years after “Beauty King“. 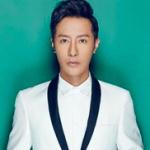 Doctor P was born on February 8th in Taiwan. He is known as a makeup artist, skin care specialist and also an image designer. Having built up an incredible following, he is now invited by numerous beauty TV shows including “女人我最大”， “我要你最美”， “今夜女人帮”， “美丽俏佳人” and “我是大美人”.Hegives accurate and special advice for beauty and image design and also to tell women how to deal with their skin or hair problems. He is also the founder of “媲美网” and a makeup brand named JMIXP to provide Asian women with trendy, simple and practical makeup solutions. In addition to that, he has his own signature columns in several magazines including  “时装L’OFFICIEL” (Fashion L’OFFICIEL),  “时尚COSMO” (Fashion COSMO) and others. 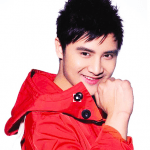 Chinese national platform diving athlete and an Olympic champion. He participated in the Olympic Games for the first time in 1996 and won the 4th place in the diving men’s single 10-meter. Winning a gold in Sydney Olympics in 2000 has brought him an ultimate fame and recognition. Quickly he has become a diving prince in the hearts of the nation with his friendly smile and handsome appearance. Having a smashing career, he got more than 70 gold medals in his home at Tian Liang. In March 2007, Tian Liang announced his retirement. He won the Best Diving Athlete Award in 2012 and entered the International Swimming Hall of Fame.
In 2007, he participated in the inspirational love movie “Watering Lotus” having his first tried in the entertainment business. In June 2012, he played the big-eyed heroes in the family-inspired inspirational movie “Run Out of the Sky.”

Nowadays he still is taking some roles in the TV dramas, tasing two children, and cooperating with brands like OFO bikes, VIVO, Nestle etc. 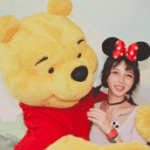 MoMo was born on December 29, 1991 in Beijing. She is the founder of Mo Amour Essential Oil and is a popular Weibo blogger. In 2010, she founded MmeAmore Cosmetics (Beijing) Co., Ltd., and for the first time presented “one to one Aromatherapy customized skin care” in China. In 2014, she established “MeiMoDream Fund” for the urban women’s beauty and dream. This post-90’s beauty has been famous on the Internet for a long time. The reason for her fame is because she is absolutely shocking and glamorous. She is a member of the Baidu MCC Hall of Fame, SinaWeibo celebrity, Renren.com beauty, and CJ ShowGirl. As a famous taobaogirl, her popularity on the Internet has always been high because she shared her beauty with many people. She is also a British IFA aromatherapist, the founder of MimoEmalcosmetics, the owner of Mo Amour Essential oil shop, and the founder of Mo Amour essential oil. 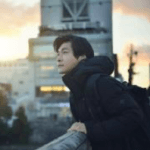 Jun is the founder and CEO of the JUNPING brand. He was born in 1981 and graduated from the Department of Journalism and Communication of Zhejiang University’s School of Humanities and Communications. After graduation, he worked for well-known Internet companies such as Sohuand Object Software and was responsible for the operation of online games. Throughout working in Shanghai, Beijing and other places, he is getting familiar with the aromatherapy and beauty fashion industry. He later returned to Hangzhou to establish the FAC HuajianMiyuAroma Life Concept Store and the JUNPING brand – a skincare with a focus on aromatherapy and essential oils. 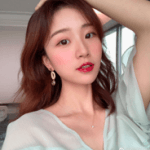 Born in 1992, Teng Yu  is a Model at TaoBaoGirl -“ShowGirl”.  In the past ten years she was earning her living by modelling for car exhibitions and gaming events, as well as winning a few talent awards, bringing her fame and business in the Influencer market.  Nowadays she is one of the most recognised beauty industry influencer and vloger, working with many cosmetics and skincare companies, including Meitu Beauty. You can see her face of many billboards and adds in subways and Brand Promotional Videos. Shen takes a refreshing approach to his writing and is also a globe-trotter. He has written travel literature including “Let’s go! You still have your youth and dreams” and “The day I met the world”, a personal growth novel “Dear, have you been lonely?” and romance novels such as “I like you, you know? ” and ” I miss you, you know?”.

He has also been invited by many television and radio stations to host shows. He has been a guest on shows including “Big Entertainer”, “Fashion Icon”, “Travel Channel Travel Sharing Session”, “Mobile Vision”, “The Choice”, “Qilu World” and many others. He has his own travel show on  Xiamen Tourism Radio, FM94.0 called “The Travel Diary of Shenwei”. He also has his own travel programs on Youku and Tudou. Through WeChat and Sina Weibo, Layla has created China’s first “Female Private Collection of Independent Travels” IP with 4.8 million loyal followers. She is helping to shape a new image of Chinese women as traveler with her own understanding of “Independence + Cultivation + Insight”. Her unique travel model is based around her tagline “In-depth travels by an independent female – do not follow fashion to explore the destination”. She has also created her own successful brand and is highly regarded as a travel KOL. Partly famous because of her divorce with one of the most popular actor/TV hosts of China, party for her freedom spirit, She is a very talented author, entrepreneur and a content creator. In the year 2018 Layla participated in a #visitspain commercial campaign arranged by Spain Tourism Bureau, reaching more than 4 million people and engaging with more than 1.1 million in 5 day period. 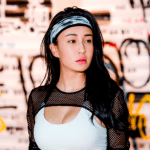 MIYA, born on May 24, 1987 in Yunnan Province, is a yoga instructor, model, actress and moderator.
In 2010, she was known by netizens for participating in the activities of Tencent’s famous car beauty.  In April 2012, she became the image ambassador and head coach of the Third Chinese Thousand People Yoga Conference. In March 2013, she served as an advocacy ambassador for the Global Sleep Day charity event. In August 2014, he served as the finalist for the Hunan TV station “Star Sisters Election”; in December, he starred in the personal screen debut “Confidential Tracking”. In 2015, he starred in the action myth movie “Journey to the West: Three Dozen Bones”. In May 2016, Ms. Mei Qiya served as the image ambassador for the China-India Yoga Conference. In January 2017, she starred in the action comedy “Kung Fu Yoga” and she also won the 4th China-Australia International Film Festival Best Supporting Actress. In October, she starred in the costume drama “Day.” Molly, also known asthe Globe Traveler, is a columnist, screenwriter, actress, model and popular blogger. She graduated from East China Normal University and was raised in a family of performers.

Since her time at university, she has visited many countries including Japan, South Korea, Laos, Cambodia, Thailand, Vietnam, India, Malaysia, Sri Lanka, Iran, Armenia, Karabachos, Georgia, Turkey and others. Her moving quote “I’m only worried about one thing: I won’t finish seeing this world before I die” has inspired and moved many people who now follow her travels through photos and articles. Her followers on Weibo, travel websites and other platforms can appreciate the culture and customs of the different places she travels to. Molly has also published several works including “Travelling with Molly” and “Shimmering on the Road: Travelling with Molly 2”. She has been on her journey for 10 years. In this time, she has visited various domestic provinces, cities and autonomous regions in Europe, the ASEAN region,  Asia, Africa, North America, the Pacific Islands and others. Unlike other professional travelers, Jin Yinan is also has an office job working in the media industry. Despite having a day job, she makes use of her holiday time to turn travelling into a habit. In the 90’s Cao found he had more free time outside of work. As a result, he began to travel widely and fell in love with travelling. He was one of the first groups of tourists from China to gain a travel visa to Japan. During this trip he drove around Japan, tackling some of the more challenging driving routes. Since then he has done a lot of self-drive travelling, including driving through Tibet. He describes himself as a person who “loves to travel and fiddle with the camera” and as “an individual who is passionate about self-driving!”

He is now a columnist for China National Geography and is well-known as a traveler on Weibo. He was named as one of the Weibo top 10 influential tourism giants in 2015-2016, having 2.49 million followers at the time. His company designed “Self-Driving in China, Russia, Mongolia: Journey to Ancient Tea” which won the 2017 “Top Ten Foreign Self-Drive Routes of the Year”. Their earlier publication “The Ten Thousand Kinds of Self-Driving Courses to Ten Thousand Kinds of Customs” was a runner up for “China’s Top 10 Self-Driving Route” in 2016. 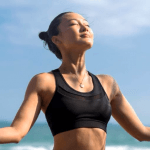 A Yoga teacher from Shanghai, she collects up to 50K of views per broadcast from yoga fans all over China. Last month in a cooperation with WAGAS and Alibaba, she did a yoga workshop for a few hundred attendance that was broadcasted as well. So far she recorded and released more than 150 classes of yoga, becoming one of the most influential yoga instructors of Chinese social media world. She is also one of the most down-to-earth influencers, openly sharing pictures of her simple life, her children and her travels. 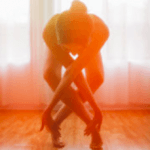 Rossie is a yoga teacher, who flight one of the most common, yet hardly curable sicknesses – depression. Being diagnosed with depression 6 years ago when living in the US, she tried to fight it in several ways, yet nothing seemed to work. So at one point she decided to quite her job and travel, promoting yoga. 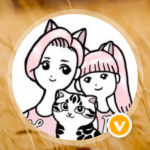 She is a super Mom, she is a super sportswoman. Promoter of the White Swim Meet, image ambassador for the Guangzhou Metro Marathon, parent-child sportsman, breakfast blogger and travel expert! With only 260K+ followers she has one of the highest follower engagement rates, making jealous those KOLs with millions of followers. Cooperating with the popular Chinese APP – VIP (WeiPinHui) and companies like Nike, she promotes sport, health, parenthood and healthy food. Chinese Influencers that sell out products in minutes! Update of 2020