The blurred lines between work, play, socializing and doing business have brought significant changes to the daily lives of Westerners. However these changes have been even more starkly felt among China’s digitally connected demographic. For the first time in history, Chinese language users now outnumber English language users online and China is now the biggest smartphone market in the world. Chinese consumers are the most digital in the world and the impact this has had on traditional marketing methods has been immense. HI-COM took a look at how KOLs are leading the charge on China’s rapidly evolving world of social commerce.

The blurred lines between work, play, socializing and doing business have brought significant changes to the daily lives of Westerners. However these changes have been even more starkly felt among China’s digitally connected demographic.

For the first time in history, Chinese language users now outnumber English language users online, and China is now the biggest smartphone market in the world. Chinese consumers are the most digital in the world and the impact this has had on traditional marketing methods has been immense.

We have seen the demise of the traditional ‘30 second commercial’ while there has been a meteoric rise in social commerce, a concept that has exploded in China in the last 10 years: social media and online social interactions (posting, blogging, commenting, sharing etc.) are now the vehicles driving marketing and purchasing behavior.

This brave new world of social commerce has spawned a generation of online entrepreneurs, bloggers, and KOLs who continually perfect the art of growing huge audience bases as they share and post about their daily lives, featuring everyday products and activities such as skincare products, travel, fitness, and yoga.

Their ‘online consumer tribes’ are avid followers, engaged and eager to consume their latest experiences, and interact with them via the various social media platforms. The most commercially savvy KOLs even have click-through mechanisms or QR codes embedded in their posts which allow their followers instant access to the e-commerce site where you can buy the product they have endorsed.

Today, anyone with a social media account and time to curate their Weibo and WeChat feed has the potential to grow an empire of followers, establish their name as a KOL and eventually monetize their social media influence.

HI-COM took a look at three KOLs who started out as your everyday blogger, and now have followers in the millions.

Doctor P was born in Taiwan. He is known as a makeup artist and skin care specialist, and also an image designer. Having built up an incredible following, he is now often invited by numerous TV shows for beauty including “女人我最大”，”我要你最美”，”今夜女人帮”，”美丽俏佳人” and “我是大美人” where he gives special advice for beauty and self image, and explains to women how to deal with their skin and hair problems. He is also the founder of “媲美网” and a makeup brand named JMIXP, providing Asian women with trendy, simple and practical makeup solutions. He also has his own signature columns in several magazines including “时装L’OFFICIEL”, “时尚COSMO” and others. 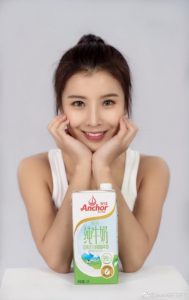 Jessie is a hugely popular fitness KOL on KEEP which is a platform designed to provide fitness plans and advice and encourage social communication between “Keepers”. Jessie is KEEP’s fitness model, luluemon’s Brand Ambassador and a RYT-500 Hours (Yoga) Certificated Tutor. As Lululemon’s Brand Ambassador, she holds Lululemon community fitness classes for fitness enthusiasts. She also regularly posts advice on fitness, wellness and of course yoga. Besides fitness brands, Jessie has also worked with Adidas and has been invited to star in fitness videos for Anchor Milk. Zhang and Liang are a couple. They are involved in producing “侣行” (lǚ xíng), a popular program about traveling to unusual, ‘off-the-grid’ places, such as Somalia, Oymyakon in Russia, Syria and Afghanistan, where they give people an unfiltered view of the real lives of others. The adventurous couple have even been to the Chernobyl Nuclear Power Plant. Their program shares history, facts and interesting information on regions and topics that are not usually openly discussed in China. It is only available for viewing on a few video websites, such as Youku. After the programme became well known, it attracted sponsorship from Mercedes-Benz as well as other major companies. So where do we go from here?

No longer is KOL marketing solely the domain of luxury brands and established celebrities. We are now seeing it being applied across virtually all consumer categories, with more and more involvement from everyday bloggers with rapidly growing follower numbers.  Even companies with a more limited budget can find huge success partnering with the right KOL. These typically young, millennial Chinese digital natives can give your brand invaluable access to target demographics and vital consumer engagement in the noisy, crowded and rapidly evolving online marketplace that is China’s social media.

Want to know more about KOL marketing in China? Shoot us an email and let’s chat!

Chinese Influencers that sell out products in minutes! Update of 2020